"Casual gamers in terms of mastery and experience have moved on" 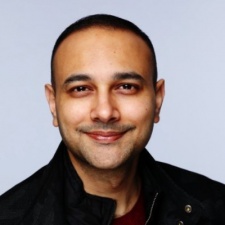 Casual games have been around for as long as the mobile games market. However, the genre has evolved over the years.

As part of Pocket Gamer Connects UXReviewer Games Consultancy founder and director Om Tandon took to the virtual stage to discuss the trends and predictions in casual mobile games for 2021.

There is a range of subgenres within casual games, such as hidden objects, card and puzzles.

Casual gaming has experienced a boom in revenue, unsurprising given the coronavirus swept the globe last year.

However, the puzzle genre with $5.1 billion proved to be the most lucrative subgenre in the west, followed by strategy and RPG.

Over the years, the trends found in casual gamers have changed. Back in 2012, casual gamers played as a means to relax and kill some time. Moreover, they didn't invest significant time into games.

Moreover, they preferred simple games without mechanics such as crafting. In 2021, trends have changed "the way in which we access casual games has evolved." Furthermore, social media has played a part in the evolution of casual titles.

"Casual gamers in terms of mastery and experience have moved on," said Tandon.

By talking to players, developers can discover what it is about their work and what they could improve on.

"It is important to look at data," Tandon explained.

Over the years, the match-three genre has evolved. Before, the go-to title was Candy Crush Saga. However, Playrix has entered the market with new mechanics in Gardenscapes, adding building elements to the genre.

By deepening the game design, it served as a way to keep the ever-evolving casual gamers interested in match-three titles.

"Playing the match-three part of the game is not the most satisfying part," said Tandon.

The motivation to play match-three games was traditionally escapism. However, that has since evolved into customisation and decoration – "Gaming audiences are constantly evolving."

Speaker Spotlight: The rise of UX with Om Tandon