"Game jams are a special kind of opportunity for brands" 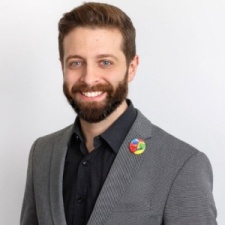 As part of Pocket Gamer Connects Digital #6, Playcrafting CEO and founder Dan Butchko explained how game jams could be leveraged for brands.

Game jams are events that bring game developers together to create new games with restraints and within a set period of time. Usually, they last a matter of days but can take up to one month.

No matter what, there will always be at least one constraint in place in a game jam.

Typically, active and aspiring developers tend to participate in game jams because they are useful for the experience.

"We are talking about all different skill sets," said Butchko.

Some people may be a designer while others may be an engineer. Anyone involved in the development process can take part.

Some popular games got their start in game jams, such as The Binding of Isaac and Superhot.

Typically, the global event would take one weekend when being hosted physically, though that has increased to one week in its digital state.

"Game jams are a special kind of opportunity for brands," Butchko said.

Developers can be met on their level, while support also goes a long way. Developers tend to participate in game jams just for fun.

However, in a branded event, there is payment to be had as well as gaining a relationship with a brand.

There are plenty of benefits to a brand hosting a jam. Out of game jams, demos and prototypes can be made.
Moreover, video and written promotional content can be created, while feedback can also be gained.

The type of brand could determine what constraint could be put in place for the game jam.

For example, content can be a constraint from aesthetics, sound and music to characters and story and a general theme.

The audience is also a possible constraint, "who is the game being made for?" there are different player types of them, some of which may be more desirable for a brand.