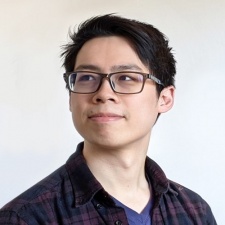 Approximately five billion downloads for apps that are built with Unity are made every month.

This information was revealed by Unity Technologies head of publisher operations Emory Irpan during his talk at PGC Digital #6 on 'Superstar Session: Keys to Success in 2021'.

It was also confirmed that there are 2.8 billion monthly active end users who consume content created or operated with Unity solutions, as well as 94 of the top 100 development studios by global revenue utilise the software.

Ad impressions continued to grow under the pandemic, with over 23 billion average monthly impressions worldwide taking place within Unity in the six months ended December 31st, 2020.

Additionally, over 253 million new users/installs were made per month for Unity developers via Unity ads and 164 million average daily users viewed ads globally in the same six-month window.

"COVID-19 forced people to stay indoors for much of 2020, so developers are concerned that once the world returns to normal, people will leave games in favour of other entertainment," said Irpan.

"While overall gaming volumes will be impacted, we predicted that some of the newly converted 'pandemic' gamers will have formed new habits, leading to overall gaming growth in the future."

Further predictions included that the upcoming privacy changes from Apple will impact game advertises ability to affordably acquire users, alongside publishers and advertisers facing challenges as user data becomes less available to them.

Cross-play was also given a mention, highlighting how the lines between mobile and HD gaming will blur even more, thanks to the success of titles like Among Us and Genshin Impact.

We previously spoke to Unity's Danny Lange about why he believes AI is pushing the games industry forward.