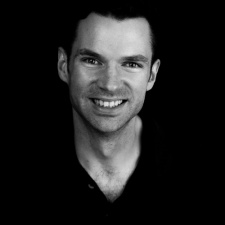 The events are a great way to try out new ideas whilst also working to a short time frame. As such, it helps to "unleash your creativity."

Game jams are a great way to get started, particularly if a developer does not have a specific concept in mind prior to the contest.

However, funding is a factor. All indie devs need to consider money and if they will need any backing to create their game. It is worth starting out small, have a project on a smaller scale until your team can prove its worth, attracting backers.

"If you go the funding route, you will want a strong pitch," explained Backler.

Concept art and a well-designed prototype are crucial to give publishers a more precise idea on what the game will be and how it will look when brought to market.

When speaking about the experiences of Sketchbook Games, Backler discussed how the company went through grants to get money to develop its debut title, Lost Worlds.

"The more things you apply for, the better your chances," Backler said when discussing the various schemes developers can apply for, such as video games tax relief.

However, the studio also raised money through investments, helping the project to gain a "strong vertical slice." Ultimately, the Sketchbook signed on with Modus Games, despite the company not being an initial contact for Backler.

"I had lots of nos for various different reasons," he claimed. Such reasons for rejection include budget and the look of the game.

"It is definitely worth sending out to lots of different people to get advice."

Playtesting is also vital when creating any game, especially your first one. Should a title first be conceived in a Game Jam, playtesting will be a factor right from the start.

Studios can discover what the audience likes and what they don't like, gaining an insight into what should be changed in the game and what can be built upon.

Backler explained that Sketchbook took its title all over the place, wanting to gain insight and feedback to further its development.

However, playtesting is an area he believes the studio could have improved upon.

For Sketchbook's next project, it will be a more prominent factor due to how "valuable" it is.

Speaker Spotlight: Sketchbook Games' Mark Backler on not giving up on getting into games