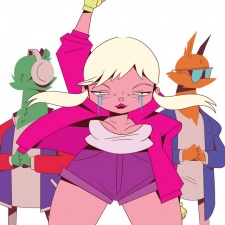 Music and entertainment are massive industries.

However when the two crossover, the process can be a lot more complicated due to the differences in how each works.

Namely, the contract negotiations, which was highlighted in full by Visible Realms CEO Eliza Jappinen during her session on the subject PGC Digital #6, where obtaining music for a video game is not simply a one and done deal.

With radio, many of these artists will be paid via royalties depending on how many times they are played on-air.

This simply doesn't transcend over to games, with many labels looking for a fee upfront and then royalties depending on how the game performs.

This then only gets more complicated with re-releases and remasters, where numerous times the music will need to be removed if a new deal is not agreed.

A recent example of this was with Burnout: Paradise Remastered where two songs were removed because of licensing issues.

Additionally, Jappinnen touched on the three billion views success the studio has found by going viral three times via TikTok, YouTube and Tumblr.

This was achieved through the European electro-pop band Studio Killers, which is now receiving an animated series and mobile game.

"All social media is a conversation with your audience," Jappinnen said.

"So you have to know who your audience demographic is, what they are thinking about, what they are longing to get involved in. It's basically like a setup."

While no official release date was announced at this time, 404 - Style Battle is aimed at a casual audience between the ages of 15 to 25 years old. The studio will be looking to recreate the success they've found with the IP.

Of course, one of the biggest successes of music in games is the Fortnite live events, which began when DJ Marshmello's concert made history with 10 million concurrent players.

Visible Realms CEO Eliza Jäppinen on the clash of games, music and entertainment