"There are more middle-aged female gamers than teenage male gamers" 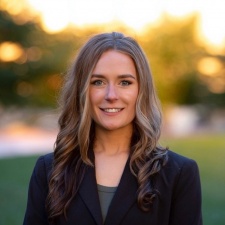 It may come as a surprise to some just how similar esports and real-life sports, there are a number of parallels between the two.

Esports is an emerging market, growing more and more prominent in recent years, attracting more viewers year-on-year across a number of high profile games. Including the likes of Fortnite, Call of Duty, League of Legends and Overwatch.

Meanwhile, on mobile, there are games such as PUBG Mobile and Clash of clans.

"There is such a diversity of esports," said Bell.

There are numerous tiers to esports, much like recreational sports, such as professional levels, like the NFL or the Premiership League, to grass root level teams.

The esports equivalent would be the League of Legends World Championship and the Overwatch League. Furthermore, there are also grassroots esports and recreational play.

It is worth noting that there is a need for structure in esports, much like real-life sports competitions. Without a system, there would be chaos. Moreover, sportsmanship should also transition to games.

There are more middle-aged female gamers than teenage male gamers.

Structured gameplay can help make kids feel safe and give parents confidence as they become more familiar with their child's interest.

When it comes to games, 75 per cent of households have at least one gamer, while 46 per cent of total players are female.

"The stereotypical gamer is the gamer in their parents' basement when actually there are more middle-aged female gamers than teenage male gamers," explained Bell.

There are numerous benefits to games, such as critical thinking, teamwork and character building. All of which are present in traditional sports. Moreover, introverts are offered the opportunity to be social through games without the need to be in physical activity.

Esports and sports alike create a sense of belonging in identity, acceptance, strength and health.

Speaker Spotlight: "I predict there will be a significant increase in sponsorships," says Mission Control GG's Natalie Bell