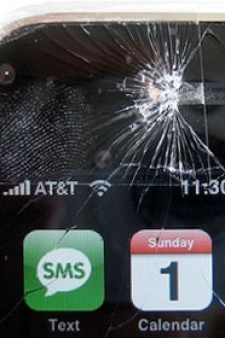 July 10th, 2008 - 06:49pm
By Stuart Dredge, Contributing Editor
Having spent the afternoon rooting through the App Store to find iPhone games - the resulting stories can be browsed here - I've got some early conclusions.

Clicking on a category - Casino/Card for example - only brings up eight games, when in fact there's many more in that category. Actually finding stuff is a bit trial and error at the moment - it's just a big jumble of apps.

Apple has certainly been true to its promise of opening up the App Store to developers both small and large. Alongside the big hitters of the mobile gaming world, there's a lot of games from smaller outfits. 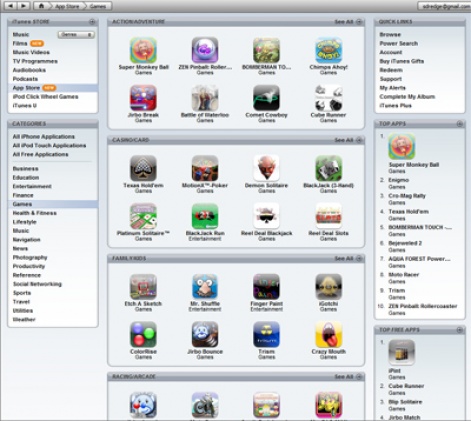 On the one hand, this is cool - space for innovative apps from smaller firms who'd struggle to get onto traditional mobile operator portals.

On the other hand, there are a LOT of samey-looking card, Breakout and Pong-style games, and a lot of free stuff. Could there end up being too much clutter to easily find the good stuff? Hopefully once user reviews kick in, that won't be a problem.

The browsing process is good, although games only have screenshots, rather than the videos you get for iPod games. This may change as the App Store evolves, of course.

The purchasing process is a bit rum - on my computer at least, it's only giving me the option to 'Buy App' - meaning that every purchase has to be made individually, rather than adding a bunch of games to your Shopping Cart and paying at once.

(And yes, I do have the Shopping Cart option turned on in iTunes - this seems to be a peculiarity of the App Store).

All in all though, it's a good enough start half a dozen hours into the experience. There's plenty of information on games before you buy them, and the purchasing and download process is as slick as you'd expect from iTunes.

At the time of writing though, Apple hasn't officially released the iPhone 2.0 software required to actually sideload and play the things. Fingers crossed it comes soon...