To later be fully released on Android and iOS 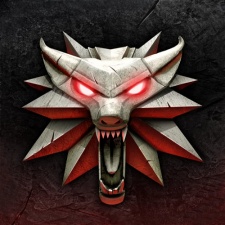 The Augmented Reality title, developed by Spokko, was first announced in August 2020.

Set in the Witcher universe, players will take on the role of a legendary slayer of beasts in a time set before Geralt of Rivia is walking the earth.

Players will need to learn about the beasts they hunt and brew potions and oils to give themselves the best chance of success in combat.

To take part in the early access version of The Witcher: Monster Slayer, fans can pre-register via the website.

However, it is worth noting that this is for Android users only.

"At the end of April, we will draw the upcoming Witchers, who will be able to check the game before the global release in our technical soft-launch version for Google Play," reads the website.

"All news regardless of the early-access you can check in our social media channels."

While the Android-exclusive soft-launch may be disappointing for fans of the fantasy franchise, the full game is to be released on iOS too.

Moreover, the initial soft-launch for The Witcher: Monster Slayer was for Apple devices, so perhaps it's only fair that Android gets the preferential treatment this time around.