280 deals made during the quarter 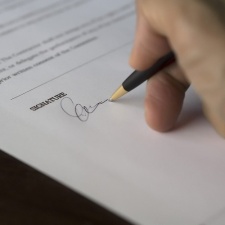 Acquisitions in the games industry hit a new high in the first quarter of 2021, reaching an estimated $39 billion value from 280 announced and closed deals.

As calculated by market intelligence platform InvestGame, $25 billion of that figure originated from the value of completed deals, with the remaining $14 billion being attributed to acquisitions not fully closed - such as Microsoft's acquisition of ZeniMax Media and Bethesda for $7.5 billion.

Close to $1 billion in capital was raised from nine games-focused VC funds across the previous nine months. Global investment platform Bitkraft participated in 10 deals, leading three of them for a disclosed deal value of $160.5 million.

Another sector that continued to grow were public offerings. During Q1 2021 36 closed deals took place, accounting for $8.3 billion and representing a 29 times increase year-over-year deal value growth, with a three times rise in the number of closed transactions.

Tencent and its numerous subsidiaries made up the largest amount of investments at 35 deals, including Bohemia Interactive and Dontnod. According to a report from Niko Partners, this means the Chinese giant has already beaten out the number of game-based deals it made throughout the entirety of 2020.

The top five strategic investors for the year so far were Tencent, Microsoft, EA, ByteDance and the Embracer Group. This group alone accumulated $10.5 billion, or approximately 53 per cent of the top 15 strategic deals valued.

The incredible growth in the global video game deals market has undoubtedly been put down to the ongoing pandemic.

As more people are stuck indoors, more people have turned to video games to spend their time, fuelling companies to act and acquire.