"Apple is effectively shutting out all competitors" 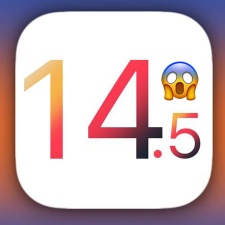 Several German businesses have filed an antitrust complaint against Apple regarding iOS 14.5.

As reported by Reuters, on April 26th a number of media, internet and advertising companies began the court proceedings against the new privacy laws being rolled out by Apple, citing an "abuse and violation of competition law".

The new privacy rules announced by Apple (which will roll out in iOS 14.5) will allow users to opt out of being tracked for advertising via a pop-up.

The concern is that this will hurt developers as it will be harder to work with advertisers with fewer data.

Working with the business groups to bring the filing to court is Germany's newspaper publishing lobby group.

"As a result of these one-sided measures, Apple is effectively shutting out all competitors from processing commercially relevant data in its ecosystem," said the business associations via a joint statement.

Apple responded to the accusation, saying that: "A user’s data belongs to them and they should get to decide whether to share their data and with whom."

Interestingly, Apple's user privacy chief also told Reuters that the impact of the new privacy measures will be down to how app developers implement pop-up notifications in their games.

It was previously suggested that iOS 14.5 would begin rolling out on April 30th after new details were found in an Apple site update, however, the iOS maker has already begun rolling out the update worldwide.

Meanwhile, Apple is also in the middle of a lawsuit with Epic Games over how the platform holder operates its App Store.