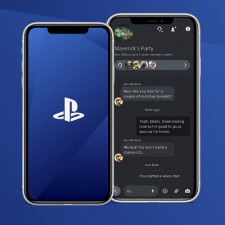 As revealed by Sensor Tower, 69 million of that number or 58 per cent originated from Google Play, with the remaining 50 million or 42 per cent attributed to the App Store.

The US accounted for the majority of downloads at 37 million, or 31 per cent of the total.

Following this was the UK at an estimated 7.3 million installs, or six per cent before Germany claimed third position at around 6.9 or just below six per cent.

Designed as a companion app to the PlayStation 4, the app allows users to purchase new titles, view trophies and profiles, connect with friends as well as receive notifications or game invite.

As of February 2021, the PlayStation 4 has sold 115 million units worldwide, showing close proximity between the console and app.

Furthermore, the PlayStation 5 was earlier today confirmed to have shifted 7.8 million consoles in only five months of being on the market.

Interestingly, it looked like Sony was upping recruitment as a new job listing suggested that more PlayStation mobile games may be on the way.