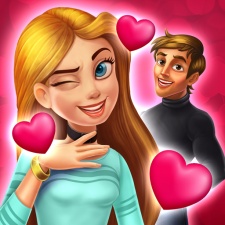 The milestone was revealed by Mag Interactive - which acquired Apprope back in December last year - after the word puzzle game launched across iOS and Android devices on September 30th, 2021.

Its growth and revenue were also compared to Wordzee, another word puzzle title from the parent company.

"Despite the fact that Apprope has only been a part of Mag since January, we have already been able to see clear synergies in our collaboration," said Mag Interactive CEO Daniel Haselberg.

"Word Mansion is still in an early stage, but the game has strong KPIs and we see promising opportunities to make the game even better over time. The ARPDAU is one of the highest in our portfolio and the continued development focuses mainly on building a strong long-term engagement in the game."

Apprope co-founder Markus Wedenborn added that: "Of course, it's great fun that we've passed one million downloads. But there is still a lot to develop - for example, we will release localisations for more languages before the summer. We continue to build on Word Mansion together with Mag."

The company made multiple acquisitions during 2020, including Primetime developer Sventertainment AB for $2.3 million.

Subsequently, Mag Interactive recorded $25 million in revenue for its 12 month period from September 2019 to August 2020.