But did sell a minority stake to Tencent 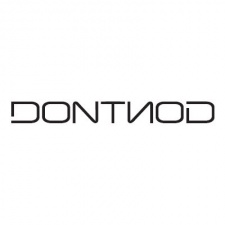 French developer Dontnod Entertainment has turned down a number of acquisition offers, as it looks to remain independent.

Speaking to IGN, Dontnod CEO Oskar Guilbert opened up about the "several proposals" that have been floated his way, comparing the current interest in the games industry as the "new El Dorado for investing".

The studio did, however, sell off a minority stake in January to Chinese tech giant Tencent, while it looked to raise €40 million ($48 million) to help fund projects that it could self-publish.

Founded in 2008, Dontnod Entertainment is best known for creating the Life is Strange series, selling more than three million copies branching out and releasing Tell Me Why and Twin Mirror in 2020.

"The values, the kind of games we want to do - it's really important for us that we keep this identity of the company for the future…" Guilbert told IGN, in reference to the decision to stay independent.

"I don't want to be pretentious, but we're one of the game companies which do these kinds of games - like Life is Strange, like Tell Me Why, and Vampyr also in a sense.

"We really want to continue doing this. And we are lucky because our current partners, our people who put a lot of money in our company still let us do what we want to do."

Dontnod currently has close to 250 employees working across six different games, five of which are being developed at its headquarters in Paris.

The sixth title will be the first project from its new Montreal studio that it opened in May 2020.