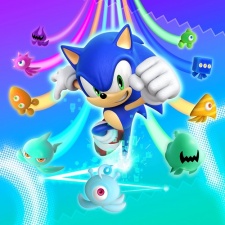 Sega has revealed several new Sonic the Hedgehog games, partnerships and events surrounding the 30th anniversary of the Blue Blur.

The biggest of which - unveiled during the Japanese firm's first Sonic Central digital presentation - was Sonic Colors: Ultimate, a remaster of the 2010 Nintendo Wii exclusive that will arrive on Switch, PS4, Xbox One and PC on September 7th, 2021.

For fans of the 2D era, a new collection was confirmed that will feature the first three Sonic the Hedgehog titles, Sonic & Knuckles and Sonic CD.

Sonic Origins (as it's named) currently has no date but Sega did state that more information will arrive later this year.

Aside from this, there were a host of mobile-related announcements across Sonic's portfolio on the platform.

Starting in May, a "pirate-themed party event" will take place in Sonic Dash giving players the chance to unlock Pirate Sonic and Captain Shadow. There will also be other prizes to unlock by collecting four birthday-themed items on the track.

Additionally, Sonic Forces will introduce Super Sonic to the game as well as a new limited-time Party Match mode to race against friends. The Werehog from Sonic Unleashed will be also be made available in both Sonic Forces and Sonic Dash around Halloween.

Lastly, on the mobile front, Apple Arcade's Sonic Racing will receive a Classic Sonic bundle, consisting of three new classic tracks, classic music, a classic vehicle and a classic version of Sonic himself.

A number of animation projects were given a momentary spotlight in the video showcase too. Namely, more information was shared about Sonic Prime, the upcoming Netflix animated series, alongside the reveal of Sonic Colors: Rise of the Wisps, a new two-part animated mini-series set in the world of Sonic Colors.

The first episode of Sonic Colors: Rise of the Wisps will roll out in Summer 2021. Following this, Sonic Prime will come to Netflix sometime in 2022.

Sega ended the presentation with a teaser for a currently untitled Sonic project set to arrive in 2022 across Nintendo Switch, PlayStation, Xbox and PC. The brief clip showed Sonic running through a forest with a glitch-like effect surrounding his legs, before boosting through the environment to reveal a mysterious symbol.

The name of the project has reportedly leaked as Sonic Rangers after it was discovered in data texts and then mentioned in a press release (via Eurogamer). Sega, however, then walked this claim back, referring to this as a mistake.

The Sonic Central presentation can be viewed in full below:

One partnership that was not part of Sonic Central was Sega's collaboration with LEGO on an official Sonic the Hedgehog LEGO set.

We previously spoke to Sega associate production manager Jasmin Hernandez about why internships are vital to the games industry.