100 per cent of shares purchased 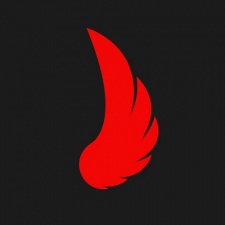 As confirmed via a press release from the firm, Fragbite Group has purchased 100 per cent of shares for the Montpellier-based studio. The purchase will be used to strengthen Fragbite's capacity, expanding into publishing and the indie games business sector.

Playdigious has recently been bringing a number of indie games to mobile, including award-winning titles like Evoland, Northgard, and most notably, Dead Cells. The latter of which has sold over one million units in China alone, since launching in February this year.

"Through the acquisition, another business area is added to the group, publishing and indie games, which gives us good opportunities to be able to build a strong platform to grow further from."

Playdigious co-founder and CEO Xavier Liard added: "We are thrilled to become part of Fragbite Group so we could add competence and resources to utilise the potential even more and grow the business further.

"The group shares a common vision with us, including valuing the team experience and trust-based relationship with all our partners."

As part of PGC Digital, Liard discussed why practically any Nintendo Switch game can be brought to mobile.

We previously spoke with Evil Empire CEO Steve Filby regarding the development and launch of Dead Cells on mobile.