Hellboy, The Umbrella Academy, 300 and more 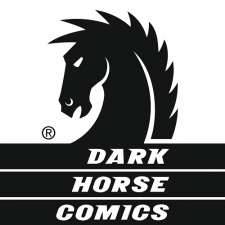 Dark Horse Comics has launched a new gaming and digital division within the company known as Dark Horse Games.

As reported by VentureBeat, the aim of this is to create first-party games based on its popular comics, as well as opening up that same access to external developers through a number of licensing partnerships.

Dark Horse Games is already in discussions with a number of studios to build several triple-A titles across all platforms - including mobile.

The new sector boasts two offices in Oregon and Shanghai, as well as 425 characters that it will look to utilise. With less than 10 people on staff during the first year of development, Dark Horse Games will be headed up by general manager Johhny Lee.

“We have evergreen properties, like Hellboy, where there will always be interest in making games and doing collaborations,” Lee said.

“We and our partners can really evaluate if a story IP and character universe would be a good fit for games that they’re internally designing and developing.

"I think most triple-A devs that I’ve talked to prefer their game dev team to build core gameplay and then fit an IP to it, versus shoving an IP down their throats. We’re sensitive to that.”

Legendary partnered with Lionsgate and Millennium Media to bring the characters of Hellboy to Legendary: Game of Heroes in the run-up to the 2019 film. We spoke with N3twork production lead Danil Monsur about how the collaboration came about.