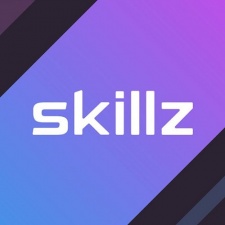 The move is the first since Skillz joined the New York Stock Exchange, generating over $600 million in cash for acquisitions in the process.

Aarki has around 160 employees and CEO Levon Budagyan will continue to lead the business as a division of Skillz. Both companies are located in the San Francisco Bay Area. The agreement is expected to close during Q3 2021

The vision behind the acquisition is for Skillz to apply Aarki's machine learning smarts to its data and create an integrated esports advertising platform. Aarki’s demand-side platform currently reaches 465 million monthly active users.

"The integrated ecosystem will unlock new points of connectivity between consumers, developers, and brands, pairing the right impression with the right user at the right time, all while delivering a superior user experience."

The move comes in the wake of Apple’s disruption to the UA market which has followed the rollout of iOS 14.5 in April.

In conjunction with a buoyant M&A market, this has triggered sector-wide activity, including the acquisition of Chartboost by Zynga as well as consolidation such as Vungle’s acquisitions of GameRefinery, TreSensa and AlgoLift.