Integrates alongside Playable and Replay options 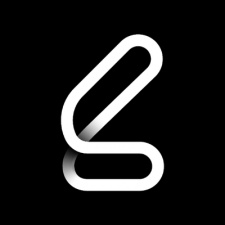 Adam is the Chief Product Officer and Co-founder at Luna Labs. He’s been working with app developers for the past eight years, which began during his time at Google AdMob. Before joining Luna, he was the Technical Program Manager and Product Lead for the Facebook Audience Network SDK. Now, he oversees product strategy and development at the company.

IronSource has boosted the creative management tools from its Luna Labs division with its new Elements solution.

Building on top of the thousands of ad creatives, previously made using Luna, Elements optimises them into a gallery of playable templates enabling studios to instantly create, easily iterate and quickly test a large volume of high-quality interactive ads without handling code.

"Playable ads are an integral part of developer success, but the associated time and resources needed to implement this tactic have been a barrier to many," said Luna Labs vice president Adam Stevens.

"With the launch of Elements, we’ve removed the need to handle code, enabling anyone on the team to instantly create an interactive ad - further enhancing the studio’s ability to find a winning creative.

IronSource co-founder and chief revenue officer Omer Kaplan added: "At ironSource, we are committed to democratising app development for all, regardless of resources or technical expertise. The launch of Elements is an important step on that journey as it will make it easier for game studios of all sizes to create world-class interactive ads."

IronSource purchased Luna Labs earlier this year as the former looks to create a comprehensive business platform for app and mobile game developers.

ironSource: Creative is critical to every element of your mobile games business