Fortin has now signed with a professional esports team 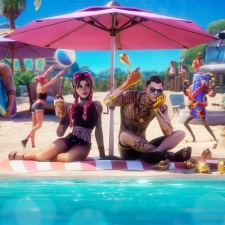 Fortin's victory came as something of a shock, beating out some of the most established names in the Fortnite esports scene such as FaZe Cented, FaZe Dubs and NRG Clix. All of these competitors have received millions of dollars in training and development from well-established teams.

After winning the tournament, Fortin received multiple offers from various esports teams and has now signed on with the Hollywood-based, Team 33.

"I am incredibly happy to have won this tournament, especially since several big names were participating!" said Fortin after his victory.

Team 33 CEO Tyler Gallagher commented on signing the young player by stating: “We are very honoured and blown away at the opportunity to sign Vincent to Team 33. We followed him closely during the Fortnite All-Stars tournament and were very impressed by his performance".

"We look forward to working closely with Vincent and we are confident that with our current team including Vincent we will be one of the Top 3 Fortnite teams in North America this year".

It was recently revealed that the battle royale behemoth only makes seven per cent of its revenue from iOS players.

Of course, the big story surrounding Fortnite has been Epic Games' lawsuit with Apple. The case began in August when Apple removed Fortnite from the App Store and has continued into this year where both Epic CEO Tim Cook and CEO Tim Sweeney both testified.