"We look forward to expanding our successful partnership…" 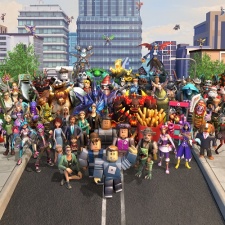 Roblox and Sony Music Entertainment have signed a deal that will bring more Sony artists and their music into the online game platform.

As reported by Variety, the new partnership aims to bring increasing numbers of Sony Music artists’ music into Roblox in various ways, such as more virtual concerts. Terms of the deal were not disclosed.

Roblox and Sony have previously partnered for special music events, such as a virtual concert performed by US rapper Lil Nas X in December 2020. The virtual concert saw in-game merchandise for sale, an interview with Lil Nas X, mini-games and other interactive activities for players.

A similar deal was signed last month between BMG and Roblox after a settlement following claims related to BMG owned media in the game.

"With this new agreement, we look forward to expanding our successful partnership with the Roblox team to further unlock commercial opportunities at the intersection of music and gaming," said Sony Music president of global digital business and US sales Dennis Kooker.

"Immersive online environments represent a meaningful opportunity for reaching a growing number of fans who want to use virtual communities to enjoy shared music experiences."We are just scratching the surface of what Roblox can deliver to the music industry and to music fans around the world.”

“We are just scratching the surface of what Roblox can deliver to the music industry and to music fans around the world,” said Roblox vice president and global head of music Jon Vlassopulos.

Rock band Royal Blood also held a virtual gig at the Bloxy Awards 2021 within Roblox. See below for a clip:

Roblox reported that its revenue was up by 140 per cent for the first financial quarter of 2021, generating $387 million. The company predicted that it would generate $1.5 billion in revenue across the entirety of 2021.