"This is a positive step forward for Australian consumers and developers” 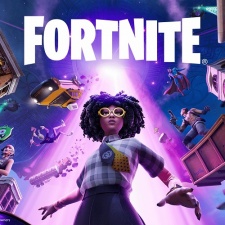 The dispute between Epic Games and Apple will continue in Australia after a judge ruled in favour of the former's appeal.

As reported by AppleInsider, dissension between the mobile games industry behemoths arose last August following Apple’s removal of Epic’s Fortnite from the App Store. This was in response to Epic circumventing the App Store by allowing V-Bucks (Fortnite’s in-game currency) to be purchased on their own website.

Following this, Epic Games declared that it will take Apple to court over the decision. The underlying argument surrounds Apple’s revenue take of 30 per cent from all purchases through its marketplace.

Epic Games shepherded the dispute to Australia in November, claiming that Apple’s conduct breaches Australian consumer laws by being anti-competitive.

Apple previously appealed against the filing advocating for the dispute to be settled in a US district court, where both companies maintain headquarters. A counter-appeal by Epic attested that the matter was of public policy and warrants a respective trial, a ruling that the Australian federal court was in favour of.

"This is a positive step forward for Australian consumers and developers who are entitled to fair access and competitive pricing across mobile app stores," said an Epic spokesperson for the company.

"We look forward to continuing our fight for increased competition in app distribution and payment processing in Australia and around the world."

Apple has announced they will appeal the decision, stating: "The initial decision in April from Australia's Federal Court correctly ruled that Epic should be held to the agreement it made to resolve disputes in California.

"We respectfully disagree with the ruling made today and plan to appeal," a spokesperson for Apple added.

Earlier this year Epic brought the dispute with Apple to the UK but was rejected.

More recently though, Indonesian minister Sandiaga Uno called for Fortnite to be banned in the country, due to a sacred building thought to be destroyed in-game.