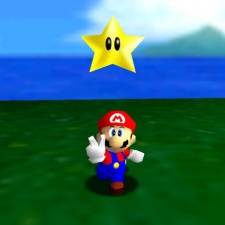 A sealed copy of Super Mario 64 has sold at auction for $1.5 million, breaking the record for the world’s most expensive video game sale.

As reported by the BBC, the auction house stated that there were possibly "fewer than five" copies of the game in a similar pristine condition.

The copy of the game had been given a condition rating of 9.8 A++ by video game collectable firm Wata, indicating near-perfect condition with an intact seal that was "like-new."

Another copy of the same game that was assigned a rating of 9.6 A++ sold for a comparatively modest fee of $13,200 at the same auction.

The first 3D Super Mario title, Super Mario 64, was the best selling game for the Nintendo 64 and widely regarded as one of the gaming industry’s most influential games. It was subsequently re-released on the Nintendo DS in 2004, before being packaged as part of the Super Mario 3D All-Stars collection for Nintendo Switch in 2020.

The sale broke the recently set record of $870,000 on July 9th for an original NES cartridge for The Legend of Zelda. The sealed game cartridge had been given a rating of 9.0 A and was expected to reach a lofty price due to being from an early production run.

Zelda is similarly available to access on the Nintendo Switch via the online subscription service.

The auctioned copies are evidently of extremely high collectable value as pieces of memorabilia and video game history to the new owners.

Well, I figured the first million dollar game was imminent, but I didn't think it was gonna be today... or this. pic.twitter.com/jKWRY8sNSq

Last week Nintendo confirmed the release of the Nintendo Switch (OLED model), which will begin rolling out in October this year.

The Japanese video game giant also announced provisional release dates for huge upcoming titles such as Metroid Dread, a new WarioWare and the sequel to The Legend of Zelda: Breath of the Wild.