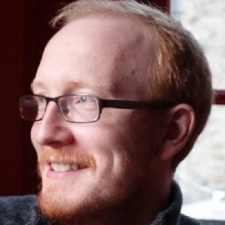 Sega Europe brand director of Searchlight Rowan Tafler believes that building a solid underlying structure for a marketing campaign is the first step to success.

Taking to the virtual stage at PGC Digital #7, Tafler laid out basic marketing techniques learned from his 12 years in the industry, working on everything from Alien: Isolation to Noddy and the Mystery Men.

One big tip that introduced the presentation was to not focus on the "hot, new things" such as NFTs, bitcoin and TikTok. These were described as great routes down the road but not the best way to begin.

Market segmentation and understanding/choosing your audience was then presented as a better alternative, with Acorn, Global Web Index, Newzoo and Quantic Foundry all listed as useful tools. By utilising these tools, studios can avoid spending unnecessary funds.

An example of this was Super Bowl 2021 - one of the most expensive ad placements in the world - where the viewing figures were estimated at 91.63 million out of 328.2 million people in the US. This represented 27 per cent of the country and why you can never reach everyone. A five per cent marketing budget for research was recommended.

"No one really cares about your game yet. Be as truthful and as ridiculous as possible. Try and explain your game in five seconds… and again in half an hour," Tafler explained, about the importance of brand positioning.

"Focus on what you want your audience to do. Control your relationship wherever you can. Monitor what you can and adapt," he added, referring to a call to action for a game's audience.

A few examples of this were pre-orders, Steam wishlists, e-mail sign-ups and utilising your own ecosystem. Likes, follows and retweets across social media were also cited.

Sega Searchlight was set up as an incubation and investment programme that looks to help to bring games to the market. One of its biggest successes was the Two Point Hospital series.

Sega and Mojang recently partnered together to bring Sonic the Hedgehog to Minecraft as a way of marketing the character's 30th anniversary celebrations.