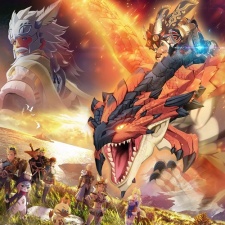 Monster Hunter Stories 2: Wings of Ruin has accumulated more than one million sales.

As confirmed by developer Capcom (via Twitter), the JRPG spinoff title has gone on to achieve this milestone in 11 days after launching globally on July 9th, 2021.

Furthermore, Wings of Ruin has surged to the top of the Japanese charts in its first week, while also going on to surpass the original 2016 3DS release, which was estimated to have sold around 400,000 copies.

The Monster Hunter series has continued to be one of Capcom's flagship titles, with Monster Hunter: World surpassing 17 million copies worldwide. On top of this, the series as a whole looks to be closing in on 70 million sales.

"A new adventure awaits you in this second instalment of the turn-based RPG series set in the world of Monster Hunter! Become a Rider and form bonds with friendly monsters known as Monsties to fight alongside them as you take part in an epic story," reads the game description.

"You play as the grandson of Red, a legendary Rider. The story begins with a fateful encounter with Ena, a Wyverian girl who has been entrusted with an egg with the potential to hatch into a legendary Rathalos which could wreak havoc if awakened to its destructive power.

"Embark on a journey which will test the bonds of friendship in a changing world, and discover the truth behind the legends of old."

Monster Hunter Stories 2: Wings of Ruin is available to play across Nintendo Switch and Microsoft Windows.

Many games brought to the Switch platform are finding huge success as of late. We previously spoke with Unknown Worlds Entertainment project lead David Kalina about the porting of Subnautica to Switch, alongside the release of its sequel, Subnautica: Below Zero.

Capcom sales up to $782.5 million as it eyes stronger mobile performance

Capcom all but forgets mobile as profits limp along to $24.4 million

Capcom talks up VR potential as profits slump to $3.86 million