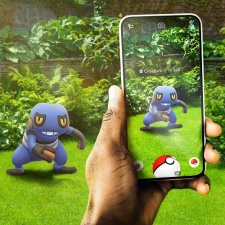 Niantic is working to reverse a number of false account bans in Pokémon GO.

As reported by Eurogamer, an anti-cheating system in-game has incorrectly identified several users as using "third-party applications" to 'cheat' in the game.

The developer has stated that it has acknowledged the issue and is currently working to reinstate the banned accounts.

One method players use to cheat in the game is to mask their location to teleport around the world to collect rare Pokémon , a tactic known as "spoofing." These actions may also harm other players as they are used to consistently maintaining positions in Pokémon gyms.

"We're working on reverting strikes for some trainers who incorrectly received punishments on their accounts," a Niantic spokesperson told Eurogamer.

"This will be done for trainers automatically, whether or not they have contacted us. We apologise for the error."

The recent Pokémon GO Fest event generated over $20 million within two days, with player spending being 3.5 times more than an average weekend.

Throughout its lifetime of five years, Pokémon GO has accumulated $5 billion with $1 billion being made in the past seven months.