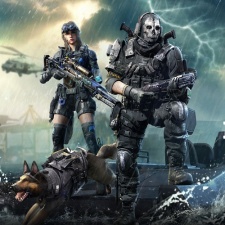 Activision has revealed that a new Call of Duty mobile game is currently in development.

The firm has created a new studio to work on the new mobile title that was initially alluded to in June via a number of job listings. The studio’s existence has now been confirmed by company executives during its second-quarter earnings call for 2021.

Activision Shanghai Studios and Beenox will additionally support work on the project.

"As we think about long-term, where we see more compelling growth on the [mobile] platform, I’d say we believe there’s an opportunity to better connect mobile to the overall Call of Duty ecosystem and we’re aggressively hiring talent to help on this journey," said Activision president Rob Kostich.

"We’ve created our own internal mobile studio and are driving a major recruiting effort, across Beenox and Activision Shanghai to support as well, and together these teams are leading an unannounced new mobile project in the Call of Duty franchise which we’re very excited about."

No details or timeline were given surrounding when fans should expect the next mobile entry in the Call of Duty universe, though it's fair to assume the game will be free-to-play as it looks to follow on from the success of both Call of Duty: Mobile and Call of Duty: Warzone.

This news follows in the wake of a lawsuit surrounding Activision Blizzard. The latest development saw Blizzard president J. Allen Brack announced his exit from the company.

Earlier this year, King’s Crash Bandicoot: On the Run reached 33 million global downloads within a month of release.