"Joining the Focus Home Interactive Group was an obvious choice…" 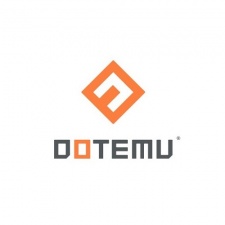 The deal will see Focus Home Interactive take control of 77.5 per cent of the share capital of Dotemu, known for working on more than 50 "retro" games across mobile, console and PC. Terms of the deal were not disclosed.

The company recently achieved a turnover of €14.6 million ($17.1 million), while also having a number of expansion plans prepared for the near future.

Founded in 2007 by Xavier Liard and Romain Tisserand, Dotemu is made up of around 30 people. The studio has worked on numerous re-releases across the Final Fantasy, Another World, Double Dragon and Streets of Rage franchise, which have been played by over 2.5 million people globally. It also developed the Android version of Rayman Jungle Run and will next launch Windjammers 2.

"The arrival of Dotemu marks a key step in the acceleration of the group's growth and in the diversification of its expertise. By enriching our editorial line, we are opening up a new revenue stream and new market shares to conquer in a fast-growing sector," said Focus Home Interactive CEO Christophe Nobileau.

"Joining the Focus Home Interactive Group was an obvious choice for Dotemu. We share the same passion for video games, the same desire to improve, as well as the same values of respect and benevolence towards our partners and teams," added Dotemu CEO Cyrille Imbert

"While continuing its activities, this new collaboration will allow Dotemu to benefit from the incontestable expertise of Focus Home Interactive's teams for the production of double-A titles and thus launch the production of future remakes or sequels on licenses of first-generation 3D consoles (the games of the early 2000s)."

In May, Focus Home Interactive raised $86 million for further acquisitions, with Dotemu seemingly being the first of several new purchases and investments from the firm.