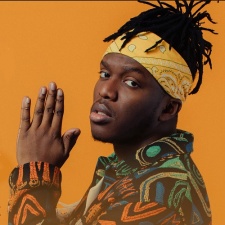 Roblox has partnered with UK rapper KSI to host the launch party for his new album, All Over The Place, via the online game platform.

KSI, whose real name is Olajide William 'JJ' Olatunji, found fame as a YouTube personality and eventually branched out into several other avenues, such as music and boxing. Released on July 16th this year, All Over The Place is the UK rapper’s second studio album and has quickly reached the number one spot on the UK album charts.

The launch party in Roblox will be an interactive experience that will include a performance from KSI featuring songs from the new album. The setting for the party will be beneath the London Eye on a boxing ring themed dance floor.

Before the party begins, players will be able to race against one another throughout the streets of London. During the event, players will then be able to purchase exclusive virtual merchandise, including three limited edition items.

"All Over the Place is a once-in-a-lifetime album that takes you on an adventure that will be remembered for years to come," said Olatunji.

"So we needed to host an equally memorable launch party bringing all aspects of my journey together, from boxing to music to the fans that support me through it all. I can’t wait to welcome my fans into this virtual experience and connect in a way we’ve never done before."

Roblox vice president and global head of music Jon Vlassopulos added: "We are delighted to be hosting the chart-topping and multi-talented KSI’s first launch party on Roblox in partnership with BMG."

Earlier this year Roblox struck a deal with Sony Music to bring more artists to the gaming platform, indicating more music-related events will come in the future.

KSI’s Roblox appearance is the second music star to appear in a video game this month, following Epic Games’ partnership with Ariana Grande where the singer headlined the Fortnite Rift Tour event.