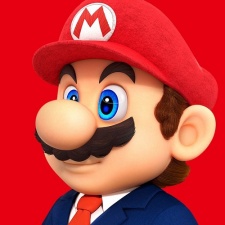 California courts have ordered the owner of RomUniverse, Matthew Storman, to keep the website offline and destroy all copyright-infringing Nintendo ROMs.

As reported by TorrentFreak, Storman must comply with the court order by August 17th and has until August 20th to certify the destruction of remaining illegal ROMs, under penalty of perjury.

Nintendo initially filed a lawsuit against RomUniverse in 2019 for multiple copyright and trademark infringements. Additionally, Nintendo claimed RomUniverse were profiting from the unauthorised distribution of the former’s games.

Nintendo won its case against the RomUniverse owner with courts ordering Los Angeles-based Storman to pay $2.1 million in monthly instalments of $50. At the time, Nintendo requested a permanent injunction be issued to prevent the site from returning in May, but the court initially rejected it.

Nintendo sought a permanent injunction once again in July when Storman missed the first $50 instalment, citing Storman’s non-payment as a "disregard for legal obligations".

Storman is still required to pay the prior $2.1 million court judgement.

"Plaintiff’s evidence demonstrates a threat of continued infringement based on Defendant’s representations that he may relaunch his website which previously contained Plaintiff’s copyrighted games," said US District Court Judge Consuelo Marshall.

"Defendant shall permanently destroy all unauthorised Nintendo games or other unauthorised copies of Nintendo’s intellectual property including movies, books, and music no later than August 17th, 2021."

Recently, Nintendo settled a five-year court battle with White Cat Project developers Colopl, with the company agreeing to pay an undisclosed amount along with committing to pay for the further licensing of Nintendo's patents.