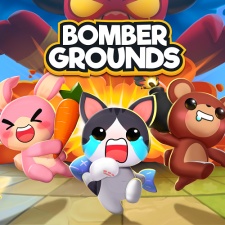 The funding was led by Chiffonjén Investments and included 2M Invest. Both parties will invest an equal amount into Gigantic Duck.

The studio is currently working on two titles, Bombergrounds: Battle Royale and an unannounced project.

An early-access version of Bombergrounds: Battle Royale was released in March 2020 on iOS, Android and PC and reached over 700,000 users in the first few months.

Gigantic Duck will use the funds raised to accelerate the growth and product development, primarily Bombergrounds: Battle Royale.

The investment into Gigantic Duck will see Chiffonjén enter a new business sector. Furthermore, one of Chiffonjén’s co-owners, Petter Jacobs, will take a seat on the board at Gigantic Duck.

"The capital we are raising will allow us to accelerate the development of our company in many different ways, but mainly to allocate resources for continued product development and expansion," said Gigantic Duck founder and CEO Jimmy Nyström.

"In addition, we bring in a broad group of competent and experienced people in running start-ups to the company and its board."

Chiffonjén Investments CEO Magnus Trast added: "I am convinced that together with the founders we can achieve something really good. A new industry for us and we usually invest in a later phase. But the early access launch has generated revenue and shown growth potential beyond expectations.

"Within our network, we have experience and can add expertise for the company's future growth."