Nowhere near peak gaming, he says 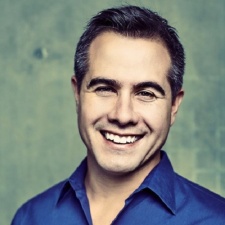 Firstly, James asked Yguado whether he believes we are at peak gaming, or whether this is just the beginning of a golden age.

Yguado responded with the belief that we are nowhere near peak gaming.

Although there is a lot of financial investment in the industry, people are spending more time playing video games than watching TV, films or listening to the radio.

Yguado believes it's no surprise the amount of consolidation seen in the industry as it is "relatively fragmented".

Yguado suggests that the mobile game industry is dissimilar to TV or console gaming where there are certain leaders, as mobile gaming is three times the size and a "wild west".

He believes that as devices get better, better games can be produced and that we are just at the forefront of this. Yguado says that no one can know whether we are making the franchises that people will talk about in fifty years.

Yguado reflects that more consolidation within the industry will lead to better products that will drive mobile games forward.

Next up, James asked Yguado whether he has noticed any new trends or opportunities within the sector.

Yguado compares the mobile industry to the dot-com boom in the 1990s, stating that at the start of industry expansions no one knows where it is going or who the leaders will eventually be.

He notes that a lot of people are talking about augmented reality and finding experiences that can be centred around mobile devices. Instead of replicating what consoles do, he states that the mobile games industry tries to create products that fit into peoples lives.

Yguado says that he is interested to see where AR and immersive games can go. He believes it could run deep considering the excitement surround the metaverse and adds that NFTs are potentially the future of monetisation within mobile games.

Jam City are no stranger to acquisitions and James questions what Yguado’s approach to growth and mergers and acquisitions is.

He states that Jam City has a decentralised that allows studios to own and maintain their own games with additional help. Yguado reflects that one studio cannot excel in every genre but bringing in studios that do excel in certain areas can allow the tapping into additional submarkets.

When discussing brands and the introduction of outside IP into the mobile game industry, Yguado said that he believes it happened organically.

As IP holders know that they have a lot of viewers and fans who enjoy their IP, the idea of more viewership in mobile games is a no brainer. For example, consumers will spend two hours watching a film once a year which provides minimal opportunity for monetisation.

By integrating well-known IP, an in-game world can be established in which people already know what to expect and an overarching narrative does not need to be constructed. Yguado says that on average users spend between 35-45 minutes in each of Jam City’s mobile games daily. This provides ample opportunity for monetisation for a franchise as compared to watching a movie.

In the past developers would avoid established IP to not seem like a "brand slap". However, Yguado says that by spending years on developing a title mobile developers can create "iconic evergreen experiences" and new adventures to allow further world immersion for fans of an IP.

Also speaking at PGC Digital #8, Imperia Online's Aleksandar Ivanov explained the importance of live ops within mobile games and why developers should use them.