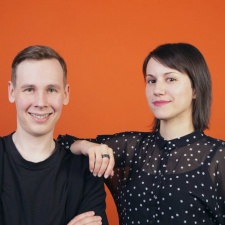 Although Helsinki-based startup Papukaya raised around $3 million from Supercell Ventures back in September 2020, only now is it talking about its vision of making mobile games for people who play games but don't identify as gamers.

The studio is drawing its inspiration from books, movies, social media apps and real-life hobbies to build games that appeal to broader audiences.

For its first game, Papukaya is exploring universal topics and themes like relationships and wellbeing, as well as conducting market research to narrow down the target audience and build its first IP.

“The global mobile game player base has grown and diversified, but there’s still untapped potential even beyond the casual gamer demographic. Only 10% of time spent on smartphones is spent playing games – so there’s definitely room to engage a largely unserved market,” Hollanda explains.

“We’re looking for talented people who know what it takes to build great mobile games, but are fired up by the challenge of creating something that might not look like a game at all.”

The studio is looking to hire a lead game designer and other experienced developers.

“Our industry often views the games market as made up of people who identify as gamers. In doing so, we’re turning a blind eye to the massive population of non-gamers who would play games,” added Supercell’s investments lead Jaakko Harlas.

“We can’t think of anyone better suited to pursue this opportunity than the uniquely qualified founding team of Papukaya.”

You can see Papukaya's open positions via its website.