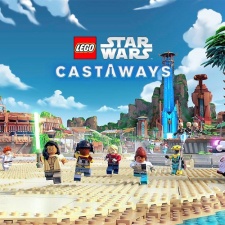 After crash landing on a hidden planet, players will have the ability to customise their characters, discover an ancient settlement, and collect Lego bricks to complete quests.

Players can participate in races with Lego Star Wars Microfighters, challenge friends in the Hippodrome, acquire customisation gear and experience simulations from across the Star Wars galaxy’s history.

Furthermore, Iconic Star Wars locations have been recreated entirely from Lego bricks, such as Jabba’s Palace in Tatooine or the Death Star.

May the force be with you

"We wanted to create an experience in which fans can see themselves included in the beloved Star Wars stories and invite their friends and family along. We took special care to include engaging features that encourage exploring together and joining forces to solve puzzles and quests, or challenging each other to quick battle rounds in the Hippodrome."

Castaways is the second Lego Star Wars game to come to Apple Arcade, following the recent addition of TT Games’ Lego Star Wars Battles on September 24th. We recently spoke to TT Games Brighton studio head Jason Avent about the making of Battles and the challenges along the way.

Additionally, Castaways will be the fifth game from Gameloft added to the subscription service, joining Ballistic Basketball, SongPop Party, The Oregon Trail, and Asphalt 8: Airborne+.

Lego Star Wars: Castaways will be available on Apple Arcade from November 19th and playable across all supporting devices.

To see a comprehensive list of the games available on Apple Arcade then look no further than here.