Will join the company's roster of wholly-owned independent studios 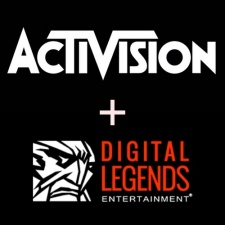 Digital Legends is best known for developing and publishing the Respawnables franchise, alongside developing mobile titles for EA, Nokia and Disney Interactive.

Going forward, Digital Legends will support the development of an unannounced Call of Duty mobile game that is currently being co-developed by Activision's in-house studio Solid State and supported by Beenox, and Activision Shanghai.

The acquisition is part of Activision’s international expansion strategy, including building upon existing teams across the globe.

"More importantly though, our teams already have been collaborating very closely for much of this year. We are building a world-class mobile development roster of talent and teams, and we look forward to what’s to come."

Activision has stated that the Digital Legends team is already "well-integrated" within its mobile development portfolio, and has been working closely with the other studios throughout this year.

Digital Legends founder and CEO Xavier Carrillo-Costa added: "Becoming part of the Activision family is an exciting time for us at Digital Legends.

"The addition of our team with years of expertise in high-quality mobile titles for mobile composed by industry veterans and emerging talent will only bolster Activision’s growing mobile talent pool. We’re very excited for the opportunity to work on one of the greatest franchises in the world."

In recent acquisition news, Zynga has closed its $525 million deal to acquire StarLark, expanding its international presence by establishing a new studio in China.