The Premium Player Pack has been removed from sale 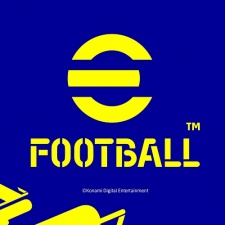 The Version 1.0.0 update of Konami’s eFootball 2022, previously scheduled for release on November 11, 2021, has now been postponed until next spring.

Whilst v.0.9.1 is out now for PC and consoles, the mobile launch has been delayed.

More time is reportedly needed to deliver a quality product that will meet expectations, with plans to bring a new mode to play with and strengthen an original team.

The announcement of players included in eFootball PES 2021 but not in eFootball 2022 has also been delayed until the new launch.

"We have been working diligently towards distributing an update that will bring new content to the game," the team said in a statement.

What will happen to eFootball Points planned to expire before the update goes live is being discussed internally, with the intention being to find a method by which these points will remain available for use after the delayed update.

There are also cancellations and automatic refunds of the eFootball 2022 Premium Player Pack.

Players who pre-ordered it on console or Windows will need to re-download eFootball 2022 after the pre-order has been cancelled. This does not apply to Steam.

Provided players use the same account, this should not affect existing play data such as GPs earned, history of completed events, and results of online matches.