Metaventures’ Jean-Charles Capelli leads the round 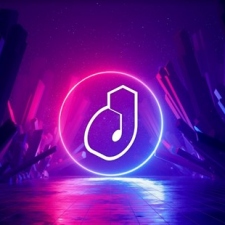 Games studio and developer Dubit has worked with companies like Disney, Facebook and Lego, and is now taking brands into Roblox.

In order to launch the world’s first live esports league in Roblox, Dubit has raised $8 million in a funding round. It is now valued at $55 million.

With the funding round led by Metaventures’ Jean-Charles Capelli, a French investor,

“We’re delighted to be working with Jean-Charles Capelli to pioneer new ways in which brands can enter the metaverse, such as through our Metaverse Gaming League,” Dubit Co-Founder, Matthew Warneford, commented with the announcement of the raise.

“It’s an exciting time for Dubit, putting all of our experience and expertise to work in the metaverse.”

Metaventures and Dubit are creating consumer lifestyle experiences as well, like fashion shows and concerts directly for the metaverse.

“Dubit is in the perfect position to take advantage of the new opportunities in the metaverse. No other company has 20 years’ experience in developing and launching virtual worlds, combined with a great network of brands and organisations that it works with around the world,” Metaventures’ Jean-Charles Capelli added.

Currently in beta, MGL hosts live-streamed events in Roblox with events taking place in popular games. Notably, unlike professional esports events, MGL offers everyone the chance for participation and prizes, rather than the elite players exclusively.

Dubit’s network of partner games has hundreds of millions of monthly players already and in 2022, Dubit plans to further expand its US presence by opening a studio in New York City. Following MGL’s launch on Roblox, it will also expand to other platforms such as Minecraft and Core.