Other shortlisted games include Minecraft and Zelda: Breath of the Wild 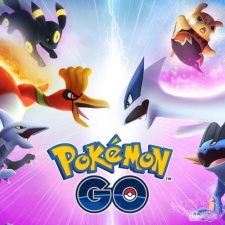 With the video games industry turning 50 this month, the UK Golden Joystick Awards is celebrating by asking the public to vote on the ‘Ultimate Game of All Tiime’.

The shortlist narrows this down from the several hundred in best-of-all-time lists from Edge Magazine and Retro Gamer magazine, in addition to each Ultimate Game of the Year winner from the Golden Joystick Awards since 1983, to create a list of 20 games.

Gamesradar has stated that it ‘endeavoured to make the shortlist selection process as rigorous and scientific as possible’ and offers the rationale behind each pick in the top 20.

Each of the judges was tasked with forming an individual top 20 to then amalgamate into the overall top 20 shortlist. Judging criteria for the personal lists included critical reception, influence, social impact and commercial success, among other things.

Gamesradar notes that a series’ early entry might feature for innovation and even redefining a genre, rather than a newer entry that might be a technical improvement but is more iterative.

As the only mobile game on the list, Pokémon GO is highlighted in particular by Gamesradar for its ‘cultural impact and personal significance to its community of players’ rather than its design.

Some of the other games competing for the award include:

The Golden Joystick Awards will take place on November 23th 2021, so there is still time to vote here.