The official game of the Drone Racing League is live 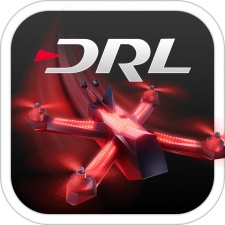 The US Drone Racing League has just launched its first mobile game using the Skillz platform.

Drone Racing Arcade is now available on the Apple App Store and Google Play Stores in which players compete against the clock, racing drones through neon-lit courses filled with obstacles, gates, coins, and boosts to score the most points.

The Drone Racing League is currently running its 2021-22 DRL World Championship Season, which airs every Wednesday night at 8pm EST on NBCSN and Twitter and takes place in both virtual and real-world locations.

“Drone racing is one of the fastest growing action sports of our era, so it’s a thrill to announce the Drone Racing League is teaming up with Skillz for their expansion into competitive mobile gaming,” said Skillz CEO Andrew Paradise.

“Pushing the limits of innovation, competition and fun, we’re delighted to welcome players into the world of drone racing, giving DRL’s millions of fans a new reason to thrill-seek through high-flying Skillz-powered mobile tournaments.”

“The Drone Racing League is a sport for everyone, intersecting technology, sports and entertainment. Our Drone Racing Arcade game is the ultimate first foray into flying drones on mobile, giving players a fun, free and easy way to experience the thrill of drone racing,” added DRL chief marketing officer Anne Marie Gianutsos.