PGC Digital: How to supercharge your player community 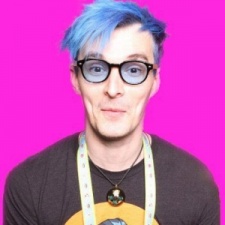 Speaking at Pocket Gamer Connects Digital Next, Neon Doctrine co-founder Vladislav Tsopljak discussed methods of supercharging a player community and the reasons for developing one.

Tsopljak suggests that preparing a platform on Steam and Discord is very important, as is building social media channels on Twitter and Facebook.

Starting an account on the more recently established Guilded is also worthwhile, in preparation for the platform's growth in the coming years.

Having discussion boards and utilising community features, in addition to having multiple store language options, are important aspects of Steam.

In his talk, Tsopljak strongly advised taking heed of Chinese reviews on Steam, as China doesn’t allow servers for users to speak on. Therefore, for a company looking to build a player base in China, Steam reviews are their means of giving feedback.

Community features like adding awards in Steam are also worth utilising since a game that appears to be more active will get more exposure through the algorithm, thereby reaching a wider audience.

Event announcements should also be posted in Steam, especially seasonal events, as these are very popular with players.

Closed betas are popular too, with animated click-to-sign-up adverts being an effective way of gaining players for them. Tsopljak also suggested adding players from closed betas to the game credits, specifically if they give useful feedback as players "really enjoy" this.

Applying for a verified Discord is imperative, and publishers will have an easy time getting verification. New game makers are also likely to be verified.

Getting a custom URL for one’s Discord channel is beneficial for making a game easier to find.

He advised against setting up too many channels straight away in Discord and to instead stick to basic channels. He also suggested finding moderators by reaching out to active people in the community instead of looking through applications.

Finally, Tsopljak talked about hosting events and even playing other games with the community; this is good exposure and builds a connection with the player base.

Being consistent and active once or twice daily gives players a reason to be part of the community.

Learn all about NFTs and Blockchain at PG Connects London 2022