Wild Rift, Overboard, and My Friend Pedro pick up two awards each 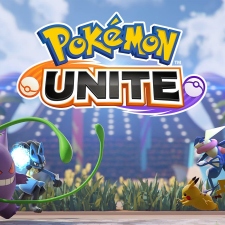 Pokémon Unite has been selected as the best game of Google Play's Best of 2021 awards.

Developed through a collaboration between Tencent subsidiary TiMi Studios and The Pokémon Company, Pokémon Unite won for its dynamic gameplay and cross-platform experience, being available on both mobile and Nintendo Switch.

On Twitter, Pokémon Unite has announced that it will celebrate this feat with an in-game promotion from December 1st to December 7th, rewarding players with one of the in-game currencies, Aeos Tickets.

Additionally, Pokémon Unite was among the winners of Best Competitive game, making it one of four games to receive two awards.

Overboard from Inkle was selected as both a Best Game Changer and Best for Tablets.

Finally, My Friend Pedro: Ripe for Revenge from Devolver Digital was awarded Best Indies and Best for Tablets.

According to Google Play, this year's winners represent "what’s next" in app and game development.

Below is the full list of this year's winners: