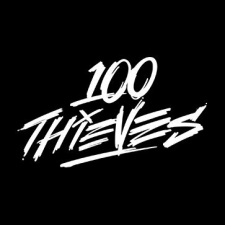 Esports outfit 100 Thieves has raised $60 million following a Series C funding round, at a valuation of $460 million.

The funding round was led by Green Bay Ventures and featured participation from existing and new investors, including Aglae Ventures, Breyer Capital, Willoughby Capital, among others.

The firm’s revenue increased by 111 per cent year-over-year, making it one of the fastest growing esports groups.

The esports group will use the capital raised to further support the growth of its core esports and entertainment branches, as well as the launch of new businesses and acquisitions within the sector.

"Our performance in 2021 exceeded all of my expectations," said 100 Thieves founder and CEO Matthew 'Nadeshot' Haag.

"We have delivered on our core promise of elevating gaming culture while building a strong business and brand for the long term. 100 Thieves now has the capital to launch and acquire new companies that I know our community will love."

The latest investment follows on from a Series B funding round in 2019 that saw the esports outfit raise $35 million to establish a 15,000 foot headquarters in LA.

Green Bay Ventures managing director Anthony Schiller added: "100 Thieves has proven time and again over the past four years that it’s unlike any other company in gaming, sports, or entertainment. Their ambitious vision and ability to execute gave us the conviction that 100 Thieves is going to be the most important company in gaming culture over the next decade."

Last month, Dubit raised $8 million to launch the first live esports in Roblox, putting the firm at a valuation of $55 million.