Coin Master has its best month ever 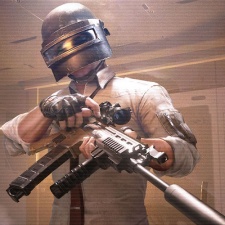 PUBG Mobile from Tencent was the highest-grossing mobile game worldwide for November 2021.

According to Sensor Tower, the battle royale generated $254 million in consumer spending, an increase of almost 46 per cent year-over-year. This is the fourth time the title has taken the top spot in 2021, following its success in February, July, and August.

The majority of revenue comes from the localised Chinese version of the game, Game for Peace, which accounts for an estimated 66 per cent of overall player spending. Turkey is the second-highest contributor at 7.3 per cent, followed by the US at 6.8 per cent.

The second-highest grossing mobile game of the month was Genshin Impact from Mihoyo, which generated $207 million in consumer spending, a rise of nearly 47 per cent year-over-year.

Similar to PUBG Mobile, the majority of revenue for Genshin Impact was from China, which represented 36 per cent of spending, followed by Japan at 24 per cent.

The fourth and fifth highest-grossing titles were Coin Master from Moon Active and the newly released Lineage W (currently only available in East Asia, Russia, and parts of Middle Asia) from NCSoft respectively.

Coin Master had its best month ever, accumulating approximately $125 million, an increase of 4 per cent year-over-year. The title’s best day was on November 26th when it generated $7.5 million, which coincided with its Thanksgiving and Black Friday events that offered the chance for free currency and spins.

Across the App Store and Google Play, consumer spending reached approximately $7.1 billion for November 2021, an increase of seven per cent year-over-year.

The US was the leading market for global revenue, accounting for 29 per cent of total consumer spending, generating roughly $2 billion. Japan was the second largest market at 20 per cent, followed by China at 18 per cent.

By the end of 2021, App Annie estimates that consumer spending on mobile apps and games is projected to reach $135 billion, with mobile games spending accounting for over $90 billion.