Users can choose to play or spectate in real-time 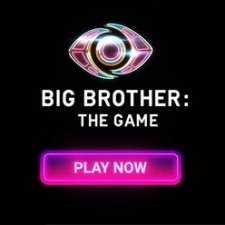 Tilting Point has lauched Big Brother: The Game 2 and is offering a cash prize of up to $1 million.

Developed by 9th Impact, the developer of the the game's predecessor, Big Brother: The Game 2 is a massively multiplayer game based on the TV series of the same name.

Gameplay revolves around evading eviction, with players being nominated for removal by both a public vote and a jury of prior housemates.

Players can choose to buy tokens that enable them to initially enter a house or they can take part in a free audition wherein they seek sponsors who spend tokens on their behalf.

When one player remains in a house, they proceed to the next tier and continue the challenge of surviving daily eviction votes. There are seven tiers in total, with the grand prize available to the player who survives them all.

Unlike typical titles from Tilting Point, Big Brother: The Game 2 allows users to spectate players in real-time and interact with the players, such as voting on which one gets evicted.

Big Brother: The Game 2 is available as a free download on the App Store, Google Play and PC.