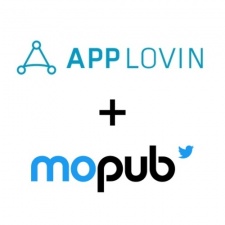 AppLovin has officially closed its acquisition of MoPub following several months of integrating its features.

The definitive agreement was made between AppLovin and Twitter in October 2021, valued at $1.05 billion in cash, after MoPub generated nearly 5.9 per cent of Twitter’s advertising revenue for 2020.

Since then, confirmation has been subject to customary conditions and regulatory approvals. It has now been officially closed.

AppLovin stated that it has worked "around the clock" to integrate MoPub into the in-app bidding based mediation tool MAX, with most major MoPub features now included in the unified software development kit. The company also tweeted about being 'thrilled' to announce the closing of the acquisition.

Exchange Analytics reporting is expected to be made available later this month, and all MoPub demand-side platforms should be integrated within this quarter.

In our interview with AppLovin vice president of global business development Daniel Tchernahovsky, we asked about the goal of the acquisition.

He also stated that the acquisition would enable the creation of ‘the largest and most robust in-app advertising ecosystems in the world’.

Twitter CEO Jack Dorsey previously commented on the sale: "This transaction increases our focus and demonstrates confidence in our revenue product roadmap, accelerating our ability to invest in the core products that position Twitter for long-term growth and best serve the public conversation."

In other acquisition news, Stillfront Group recently acquired RPG Iron Throne: The Firstborn from Netmarble for an undisclosed amount.