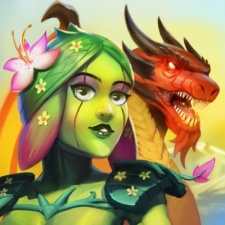 Austin-based games outfit Wimo Games has revealed that its debut mobile title, RPG Dice: Heroes of Whitestone, will launch on iOS and Android on January 18 2022.

Wimo Games was founded in February 2021 and is focused on developing and publishing new franchises, particularly mobile games. The team consists of mobile industry veterans from the likes of EA, Zynga, KingIsle Entertainment, and GREE.

Heroes of Whitestone is a "tabletop-inspired" character battler RPG where players rally a group of adventurers through turn-based battles as they traverse the game board.

A love letter to tabletop

"We loved the worlds we adventured through in tabletop RPGs growing up," said Wimo Games CEO Dave Rosen.

"RPG Dice: Heroes of Whitestone, is our love letter to those games and we’re excited for players to experience that letter on iOS and Android."

RPG Dice: Heroes of Whitestone will launch free-to-play on the App Store and Google Play. You can pre-register for the title here.

In April last year, we spoke with Wimo Games associate software engineer Walter Hill about why there is a need to promote more developers of colour into leadership positions in the games industry.