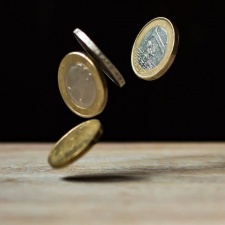 According to Sensor Tower, European consumer spending on mobile games reached $11.2 billion – an increase of 16.7 per cent year-over-year – out of a total $18.3 billion spend in 2021 on mobile apps and games across Europe.

Unlike the rest of the world, in Europe Google Play generated higher user spending than the App Store. In 2021, player spending on Google Play reached $6.4 billion, a rise of 18.5 per cent year-over-year.

In comparison, user spending on the App Store generated $4.8 billion, an increase of 14.3 per cent year-over-year.

In total, Google Play accounted for 57.5 per cent of overall mobile game revenue in Europe, whereas the App Store represented 42.5 per cent.

The highest-grossing mobile game throughout the period was PUBG Mobile from Tencent, which generated $404.2 million in European consumer spending, an increase of 58.3 per cent year-over-year. In second place was Coin Master from Moon Active at $392 million, followed by Roblox at $264 million.

Additionally, PUBG Mobile was the fastest growing title in Europe’s top 10 grossing games for 2021, followed by State of Survival from FunPlus, which saw an increase of 51.4 per cent year-over-year. In third place was Roblox, which witnessed a European revenue growth of 29.4 year-over-year.

According to Newzoo, mobile games accounted for over 50 per cent of overall consumer spending in the games industry for 2021, reaching appoximately $93 billion.