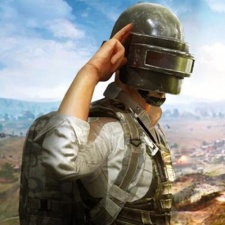 PUBG Mobile from Tencent was the highest-grossing mobile game worldwide for December 2021.

According to Sensor Tower, for the final month of the year PUBG Mobile generated $244 million in consumer spending, an increase of 36.7 per cent year-over-year. This marks the fifth time the title has taken the top revenue spot in 2021, including February, July, August, and November.

China’s version of the title, Game for Peace, was where the majority of the revenue – around 63.3 per cent – was generated. The US was the second-highest spender at 6.8 per cent, followed by Turkey at 5.5 per cent.

The second-highest grossing title was miHoYo’s Genshin Impact, which generated $134.3 million in player spending, a decrease of approximately 17.8 per cent from the previous year. Roughly 28 per cent of consumer spending on Genshin Impact came from China, with the US following behind at 23.4 per cent.

A fall from grace

The third, fourth, and fifth highest-grossing games for the month were Roblox, Coin Master, and Honor of Kings respectively. Honor of Kings fell to its lowest spot of the year, after dominating the charts at either first or second place for 10 out of the 12 months of 2021.

Leading the way was the US, which generated approximately $2.2 billion in consumer spending, or 29.6 per cent. Japan placed second at 20.3 per cent and China, where Google Play is unavailable, followed in third at almost 15.7 per cent.

Throughout 2021, Sensor Tower estimates that European mobile consumers spent $11.2 billion on mobile games, with titles such as PUBG Mobile, Coin Master, and Roblox leading the way.