Will continue to consult the firm on games M&A 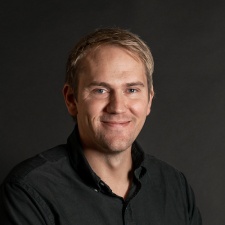 Swedish games publisher Thunderful Group has revealed that its chief financial officer, Anders Maiqvist, will be stepping down from his role at the firm.

Maiqvist joined Thunderful in 2019, after the successful consolidation of Bergsala-owned companies into the firm. Maiqvist held the same position at Bergsala.

Going forward, Maiqvist will support Thunderful as a consultant on the firm’s games mergers and acquisitions, an area the company has remained heavily active in.

Thunderful has stated that Maiqvist will remain as CFO until a successor has been "firmly installed", further noting that the recruitment process has already started.

"I am grateful for my time as CFO at Thunderful and the progress that we have made during that period," said Maiqvist.

"During the IPO roadshows in the autumn of 2020, we presented a goal of completing one acquisition per quarter. We’ve acquired roughly twice as many gaming companies as we forecasted, and it’s clearly a successful component of our growth strategy which I will continue to work with from a consulting position."

Thunderful CEO Brjann Sigurgeirsson added: "Anders has been a great asset to us in his position as CFO and a key person in the creation and subsequent IPO of Thunderful. We are very happy with Anders’ decision to continue focusing on M&A and structuring deals for us as a consultant. It is vital that we keep the momentum in our rapid growth by making further acquisitions."

The announcement comes a week after Thunderful appointed former Playstation exec Kathrin Strangfeld as its VP of business management and transformation.