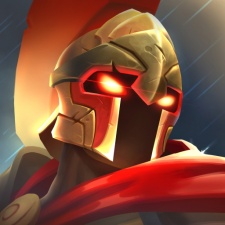 Riot Games has alleged that Imba's idle RPG, I Am Hero: AFK Tactical Teamfight, uses characters, text, and other features from League of Legends.

In December, Riot reportedly sent a cease-and-desist to Imba, but claims of infringement were denied. Since then, Riot has taken the matter to court, requesting that sales in I Am Hero: AFK Tactical Teamfight be blocked.

Riot is also seeking compensation for attorney fees and damages. According to Polygon, the company has demanded $150,000 per instance of infringement.

Imba’s game has, according to Riot Games’ accusations, lifted verbatim lines of text from League of Legends, practically duplicated its characters (giving them very similar names, designs and origins), and more.

Exemplifying Riot’s claims, within the lawsuit are images of Imba’s character Tomee the Hasty Scout compared against Riot’s Teemo the Swift Scout, Vy compared with Vi, and more.

Similarily, PUBG creator Krafton has recently sued Free Fire developer Garena, alongside Apple, Google, and Youtube, with claims that Free Fire infringes on multiple PUBG assets and features. Krafton is demanding that the game be removed from app marketplaces and that damages, including $150,000 per infringement, are paid.