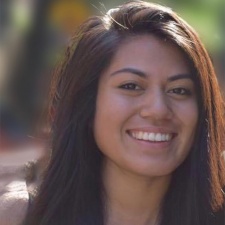 London is less than a week away now, and there’s no better time to get a glimpse of what Europe’s favourite b2b mobile gaming conference has to offer. We have a stellar speaker line-up that will come together next Monday to discuss the most pressing topics facing the games industry over the course of two days. Don’t miss out on the opportunity to join us and get exclusive access to these experts at Pocket Gamer Connects London next Monday.

You can view our entire speaker line-up so far here to get a full scope of the talent that will be speaking at the conference on February 14-15. The speakers and the massive wealth of insights and expertise that they bring to PG Connects is what makes our conference series so special and unmissable for industry professionals and anyone who’s looking to get an expert insider look at everything within the mobile gaming industry. To give you a glimpse at what you can look forward to at our conference, we are spotlighting a number of our most highly anticipated speakers to showcase the fantastic talent and top-tier businesses that will be sharing their insights with you.

We recently highlighted SuperAwesome’s Paul Nunn, and had a chat with him about the talk he will deliver on managing games on a global scale with a mixed audience demographic. Get caught up with our speaker series here.

Today we’re speaking with Karla Reyes, Product Manager at Niantic and Co-Founder of Square Enix RED - an employee resource group at Square Enix dedicated to racial and ethnic diversity initiatives, as well as a founding team member of Code Coven - an award-winning global games industry community and accelerator for underrepresented talent. Passionate about harnessing the power of games for social impact, Karla has supported initiatives such as the Green Game Jam in partnership with UNEP and the Safe Spaces Now Game Jam in partnership with UN Women. When not developing games, Karla actively teaches, mentors, and speaks at industry conferences.

PocketGamer.Biz: What developments do you think have been undervalued by the mobile games industry?

Karla Reyes: I believe talent in developing countries that lack prominent game development ecosystems has been largely overlooked. I speak with many game developers outside of ‘tier 1 markets’, and there is so much brilliant potential yet scarce resources and opportunities to realise it. Furthermore, developing countries are the highest growth markets for mobile game consumption. SensorTower recently reported that the top 5 fastest growing mobile game markets by downloads are India, Indonesia, Mexico, Brazil, and the Philippines with a collective 5.1 billion downloads in Q1 2021. Mobile games publishers should not only consider expanding their reach into these underserved markets but also empower local game developers in these regions who are best suited to serve local audiences. Organisations such as the IGDA Foundation, Code Coven, and Google’s Indie Games Accelerator are leading efforts in this space and worth exploring partnerships with.

Another undervalued development is citizen science. The fact that everyone with a smartphone (more than 6.6 billion people globally) can contribute to crowdsourcing data for ongoing research efforts, in sectors such as healthcare and medicine, is an extremely compelling concept. I recently had the privilege of meeting Attila Szantner, CEO & Co-Founder of Massive Multiplayer Online Science (MMOS), and I am deeply fascinated by the projects he and his team have spearheaded, including the recent collaboration with Gearbox to integrate a mini-game in Borderlands 3 to support mapping the human gut microbiome. DeepMind trains AI agents in game environments to propel research, but what if we could widen the scope of some efforts to include anyone who appreciates games and science? What if research quests you receive in beloved games could contribute to real-world scientific advancement? I imagine young aspiring astronauts or aerospace engineers exuberantly playing games that contribute to NASA’s citizen science projects (some games like this exist but can be enhanced). There are boundless opportunities to explore!

What key trend should we be paying attention to in the next 12 months?
In my humble opinion, an overarching trend that we should closely observe is the proliferation of new startup game development studios (those developing on blockchain and not) that are challenging the status quo of traditional video game companies.

I loosely compare what’s happening in the games and some other industries to what transpired in the aftermath of the 2007-08 financial crisis due to increased demand for transparency and ownership. The Web 2.0 startup ecosystem emerged with the Airbnbs and Ubers of the world aiming to disrupt traditional companies and promote the gig/sharing economy. We are now at the brink of the Web 3.0 revolution, and games have and will continue to serve as an adoption point for further decentralised systems and technologies.

Echoing what many media outlets have predicted: 2022 will be the year blockchain-based games continue to accelerate and reach the mainstream. In parallel, we may see many existing blockchain game projects fold due to a lack of regulatory compliance or poor product-market fit. My hope is that good actors who develop in this space (they exist!) will succeed in their ambitions to design meaningful and rewarding experiences that empower players and creators with more agency in sustainable and non-exploitative ways.

There has been a long-standing societal prejudice against traditional video games claiming that they are all “bad for you”. The industry has thankfully made strides in debunking that myth and shining a light on the positive effects of playing games. Similarly, I hope that we will learn more about socially beneficial effects of blockchain game projects.

While there is still widespread scepticism and aversion to blockchain games, the fact of the matter is that billions of dollars have already been invested, these games are inevitably being developed, and they are playing a role in shaping the future of the games industry. It’s worth delineating among the variety of projects in the blockchain game ecosystem and not simply conflating them all under one umbrella. NFT does not equal cryptocurrency and cryptocurrency does not necessarily equal blockchain. In fact, the UN has been exploring ways blockchain can tackle climate crisis, and if there’s one takeaway we can hope to get from activity in the video games sector, it will be a deeper knowledge and understanding that can be applied elsewhere.

If you are an active or aspiring leader in our industry, I encourage you to invest in research and constructively challenge the problems you identify. Read the whitepapers! Lurk in the Discords! Furthermore, hold people accountable for what they preach. One of my mentors Jennifer Estaris recently cited the TSI (Total Societal Impact) framework. Blockchain game and platform developers should adopt this or similar methodologies and share as much measurable data as possible about proclaimed sustainability or social impact efforts. After all, one of the core pillars of blockchain technology is transparency.

Another branch of startup studios (not necessarily mutually exclusive from those developing on blockchain) that I am personally excited about is the one created by inclusive leaders who are challenging the toxic practices and systems of incumbent publishers and studios. New structures are emerging with empathy and equality embedded in their DNA. Notable studios include Brass Lion Entertainment, Silver Rain Games, and Glow Up Games. We have witnessed an exodus of employees from problematic AAA publishers, which will likely be amplified by recent assertive acquisition activity. If 2020 and 2021 were the years of exposing social justice issues within our industry and society, 2022 will be the year we witness game changers working industriously to prevent and resolve these issues.

Tell us your thoughts on the metaverse
There are varied definitions and predictions of the metaverse floating around the ether. Moritz Baier-Lentz from BITKRAFT Ventures (who will participate in my panel at PGC London) articulated some thoughts around this quite well in a recent article published by the World Economic Forum. Moritz dissects disparate theories of the metaverse as a product/service, a place, and a moment in time. He also denotes 3 integral technologies: VR, AR, and BCI (brain-computer interfaces). Moritz cites Niantic CEO John Hanke’s vision of the metaverse, which resonates with me (unsurprisingly). John and other AR advocates propose a metaverse that is shaped by the convergence of the virtual and physical worlds. Rather than having to completely escape from the physical world (although there is certainly time and space for that), AR serves as a tool for humans to reconnect with our earth and discover more about it that we might not have been able to otherwise. For those interested in more social impact-oriented applications of XR, I’d recommend reading the XR for Change whitepaper. When considering my personal predictions of the metaverse, as the Socratic saying goes, “All I know is that I know nothing”; however, I’m eager to watch, learn, and hopefully contribute to positive applications.

When not making/selling/playing games, what do you do to relax?
Anything related to listening and playing music is a relaxing pastime for me. Although I do listen to music while making and playing games, it’s one of the few activities that I appreciate outside of that because it doesn’t require staring at a screen. I play piano, DJ, and host a radio show. I also enjoy scoring my life experiences with specific playlists, whether I’m on a solo hike, out with friends, or immersed in a good read.

Can people get in touch with you at the event? What sort of people would you like to connect with?
Absolutely! I am open to connecting with anyone interested in further discussing and debating any of the points above as well as those generally interested in any or the intersection of blockchain, games, XR, education, and positive social impact.

Meet the experts
Don’t miss out on the opportunity to meet with Karla Reyes and other industry leaders at Europe’s #1 b2b games industry conference next week in London. Make sure you secure your spot as soon as you can for a 20% discount with our Super Bowl flash sale.